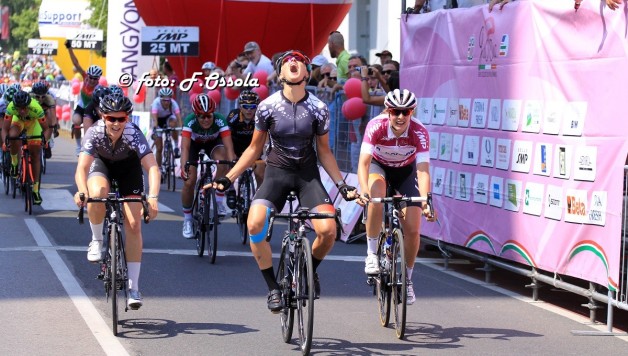 Velocio Sports announces today that it will cease operation of the Velocio – SRAM cycling team at the end of the 2015 season. After nine years running women’s teams, owner Kristy Scrymgeour says it’s time to take on a new challenge. “It’s been a rewarding time,” she said. “I’ve really enjoyed the challenge and the people I’ve had the chance to work with and I’m really proud of what we’ve achieved over the years. It’s especially been a pleasure to work with industry partners and media who are supportive of the women’s side of the sport. The support of SRAM, Cervelo, Global Merino and all of our other sponsors has been phenomenal. It’s exciting to see increased interest in women’s cycling and I look forward to seeing that interest turn into growth and more opportunities for women in cycling in the future.”

Scrymgeour continued, “As for the riders and the staff, I’ve been lucky to work with people who bring passion and energy to the sport. I’ve enjoyed watching them dedicate themselves to the goals of the team first and foremost and their individual goals after that. Together they’ve had tremendous success this year winning the Aviva Women’s Tour, Tour of California, stage wins at the Giro, Thueringen, multi national titles and more. I’ll continue to cheer them all on in the future years. “To the fans of the sport and the personal supporters of this team, of which there are many, I want to extend a huge thanks. We’ve been extremely lucky to have you behind us at every step of the way especially when we needed it most. Special thanks go to Jose Fernandez, Helge Reipenhof, Steve Van der Zwan, Doug Ellis, Bob and Tess Stapleton, Alex Wassmann, David Wassmann, Diane Thibert, Mark Gibbon and of course to all of our Project-X crowdfunding supporters who provided constant enthusiasm at every race or event.”

Scrymgeour will stay involved in the sport through Velocio Apparel and Ally’s Bar brands, both of which she co-founded in 2014. “I’m excited about the future and I’m looking forward to new challenges. For now we still have two months left of exciting racing and the team is focussed on trying to defend their World TTT Championship title. “This was a hard decision for me, but I’m announcing early to give the riders a clear opportunity to find other teams for next year. I believe in these riders and I believe in women’s cycling and I will continue to advocate for growth in the sport.”

This website uses cookies to improve your experience while you navigate through the website. Out of these, the cookies that are categorized as necessary are stored on your browser as they are essential for the working of basic functionalities of the website. We also use third-party cookies that help us analyze and understand how you use this website. These cookies will be stored in your browser only with your consent. You also have the option to opt-out of these cookies. But opting out of some of these cookies may affect your browsing experience.
Necessary Sempre abilitato

Any cookies that may not be particularly necessary for the website to function and is used specifically to collect user personal data via analytics, ads, other embedded contents are termed as non-necessary cookies. It is mandatory to procure user consent prior to running these cookies on your website.