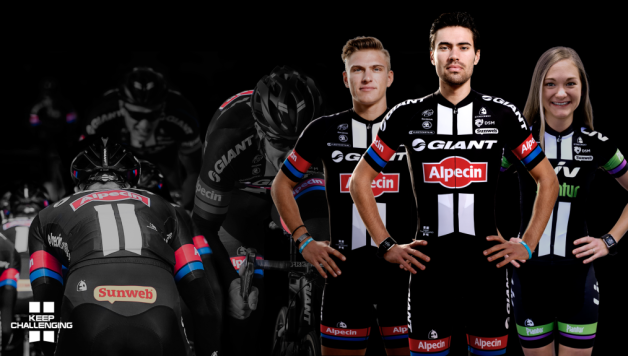 Berlin, Germany: Team Giant-Alpecin and Team Liv-Plantur have today been presented to the media, key sponsors and partners, as well as special guests from various important stakeholders within the sport of cycling. The presentation was held at the French Embassy in Berlin, the capital to the nationality of Team Giant-Alpecin WorldTour team’s licence. As well as announcing both teams, the new look and feel was presented, as both race kit designs were revealed. The full line-up of sponsors and partners was also confirmed, with title partners Giant and Alpecin being joined by the international tour operator, Sunweb as a key partner. Team Giant-Alpecin general manager, Iwan Spekenbrink said ahead of the launch: “Today is an important day for cycling with the first WorldTour team registered in Germany in five years. This team continues to work with a young group of riders and can continue to grow within our elite sporting environment based on the Keep Challenging approach and principles. Alongside this we will also have a focus on helping the development of German talent in the sport, and with it aiding the regrowth of cycling in Germany. “We must thank all of the persons present here today in Berlin for helping make this a special day in a perfect location, the French embassy in Berlin. It is a great way to kick off our 2015 campaign and we are once again hugely excited about the coming racing season.” Further quotes from today’s Team Launch can be downloaded here. The first race for the men’s team is the Tour Down Under this January, while the women’s program will get their 2015 campaign underway in February at the Ladies Tour of Qatar. Lars van der Haar will line-up for his first cyclo-cross race in the new team colours on January 11, at the Dutch National Championships – the first outing for the new team colours. Find the complete line-up for the 2015 Team Giant-Alpecin WorldTour team and Team Liv-Plantur here on our new website.

ABOUT TEAM GIANT-ALPECIN
Team Giant-Alpecin – founded by Iwan Spekenbrink in 2008 – currently consists of 27 riders from Germany, Sweden, Belgium, The Netherlands, France, USA, China, Austria and Slovenia. The team belongs to the highest tier in cycling, the UCI WorldTour. Alongside the men’s team sits the women’s outfit, Team Liv-Plantur consisting of ten riders, from Germany, Sweden, Belgium, The Netherlands and Great Britain As a whole, the team operates and has been developed based on the Keep Challenging elite sports approach and the corresponding principles: Drive, Development, Co-operation, Innovation, Integrity.